It’s funny. Eighteen months ago I would have been completely repelled by the idea of ‘networking’. Now I love it. Here’s why.

First off, it’s just plain interesting to meet new people and find out what they’re up to - I’m constantly amazed by the things people have done with their lives, what they’re doing now and what their plans are.

At the Data Lab MSc launch yesterday I met someone who has been both a chemical engineer and a maths teacher, someone who wants to learn data science to aid them in their work in genetics, and someone who’s undertaking an MSc part-time while holding down a full-time job.

For a curious mind, finding out about others is illuminating, but there’s more for you to discover through networking.

It’s a great way of finding things out. Networking has helped me find out about jobs that I didn’t know existed, about events/technologies/organisations/etc that I’ve never heard of (but which are interesting!), about opportunities I simply would not have known about had I not put myself out there and made an effort to make connections. Which brings me to…

Networking helps you find connections between yourself and others. You only find those connections by talking, and then talking some more. Sometimes you’re actively seeking out connections, sometimes they just take you by surprise. (I particularly like these ones).

Who knows who you might meet. A future business partner? The person you’ve been looking for to fill that hard-to-fill position you’ve had for a while? The person who’s going to fund your amazing idea that will change the world? Someone who sparks in you an enthusiasm for something you had no idea you cared about? Someone who says something out of the blue that makes you think your crazy idea wasn’t so crazy after all? Someone who connects you to someone who connects you to someone else who shares your vision and who has been waiting to work with someone just like you?

Who knows? But what is certain is you’re not going to meet them sitting at home.

All that said, though, one-off conversations are neither here nor there. Good things come from the working relationships you form with other professionals.

It Helps You Build Professional Relationships

No one works alone. We work in teams, and good working relationships are vital for this. Networking gives you an opportunity to meet potential future co-workers, clients, partners or customers and the chance to start building relationships.

But it’s not all about you, buddy.

It Helps You Help Others

The more you grow your network of contacts, the better position you’ll be in to help others. It could be as something as simple as passing on some information to someone that might help them in their work. It could be connecting two people you know really need to talk to each other.

And the more you reach out and help others, the more they’re inclined to help you. 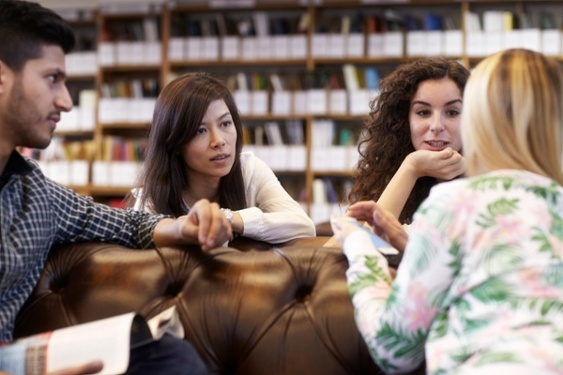 Get Out There And Meet People

I’m sure there are other data science rookies out there who, like me a couple of years back, are either sceptical about networking (or maybe just a little bit scared of it?).

I am no expert by any means, but here are a few tips I have, based on my own experience.

Networking is a skill and any skill can be learned

I reckon that networking is just like any other skill - it takes practice. At first you’ll probably feel out of your comfort zone. That’s natural.

“What will I talk about? I don’t have anything interesting to say.”

“Everybody knows way more than me - if I open my mouth they’ll realise I’m a complete impostor.”

“I can’t just be myself - I’ll need to pretend to be some amazing person.”

I thought all of this (and more). I felt desperately uncomfortable until I realised three things. Firstly, I can just be myself. I don’t need to know everything (or anything, in my case) and I don’t need to pretend. Secondly, I’m not networking to climb the greasy pole to success. I’m not doing it for purely selfish reasons. I’m doing it because I want to have the greatest chance of success in doing what I want to do, which for me is about helping other people. And thirdly, I realised it’s enjoyable. (I also got a bit better at it, which increased my confidence).

Seek out opportunities to network

Hook yourself into the community. There are so many opportunities for people living in Scotland with an interest in data science and tech to network. I’ve started going to Scotland Data Science and Technology meetups which I’ve found to be really worthwhile. I’d recommend them.

But it’s not all about data science.

While there are only so many hours in the day and you’ll probably want to focus on data science, it’s good to mix it up a little.

I’ve also attended the RookieOven Meetup (primarily for tech entrepreneurs) and Glasgow Makers and Hardware Hackers (the name says it all) - both have been warm and welcoming.

A good source of information about meetups and other tech events in Scotland is the Open Tech Calendar.

Give yourself a target to move you outside your comfort zone

When I started networking, I gave myself little targets like ‘You’re going to go up and say hello to three people you’ve never met before.’ or ‘If you see someone standing on their own, you’re going to approach them and start a conversation.’

I found that this gave me the little push I needed to get over my nerves.

They say that the less you say when being interviewed, the more likely you are to get the job. I don’t know if that’s true but I do know there’s nothing worse than talking to someone who drones on and on about themselves, showing no interest in the person they’re talking to.

Don’t be that person.

You know what I’m talking about.

Practice summarising your ‘story’ in 10-15 seconds. Use it when you introduce yourself. You’ll eventually have various versions of your story that you can use in different contexts, but to start with one is fine.

Say who you are, what you do (briefly) and what your (professional) interests are (very briefly).

A common question at a networking is, ‘So, what brings you here today?’ (and they don’t mean ‘the bus’).

Have an answer to that question ready. Why are you there? What are you hoping to get out of it?

Follow up on meeting someone new with an email, a tweet, a LinkedIn DM. If you liked meeting them, tell them. Be honest and up front about it. If you were interested in what they said about X, tell them that.

(My memory is terrible, so after events where I’ve met new people, I find it really useful to take a note of who I’ve met, what they do, and any key things we talked about).

When you see them at another event, go and say hello. Remembering their name is very helpful at this point.

If you make a professinal connection that is beneficial for you and your contact, make a point to keep in touch in order to build that relationship.

If you see me at an event come and say hello. Tell me what’s happening in your world. I’ll be more than happy to chat.